NYSNA proudly stood with Senators Gillibrand (D-NY), Booker (D-NJ), and Blumenthal (D-CT), who represent significant numbers of our members where we live and vote!

For NYSNA, the announcement of the Medicare for All Act of 2017 paves a road to victory for guaranteed healthcare in the nation. Our recommendations very much helped shaped this monumental legislation, referred to in the press as “a ground breaking development”.

Too many people in this country are victims of a system that is broken,” said Marva Wade, RN and NYSNA First Vice President. “Somebody has to step up and say this is wrong, and nurses should be at the forefront of it- and we are.”

This legislation represents a critical leap forward for the U.S., where costs of care from deductibles and co-pays have served as barriers to the insured, and millions remain uninsured, and patients who otherwise go without care. Annual surveys in preceding years indicate that people in need go without visits to doctors or forego prescribed medicines because they simply cannot afford them. Our members report high acuities due to these delays, setting back patients, extending hospital stays and creating greater hardship for families. This condition is totally unacceptable to our nurses, public health experts, and to the patients and their families. We have spoken at town halls in communities across the state for several years decrying this condition.

Against this backdrop, the necessity of the Medicare of All Act cannot be overstated. Efforts by forces in Washington to repeal and replace the Affordable Care Act have been blunted, so far, and our union played a very significant role in New York at protests and meetings across the state and elsewhere. Efforts to stop replace and repeal represent a critical victory, as well as an opening to the Medicare for All Act.

Predictions now in the press indicate that any potential 2020 challenger for the presidential nomination in the Democrat column will need to support this legislation, or some single payer program, to win. There are competing bills, including “Medicare at 55 Act,” with Senators Sherrod Brown (D-OH) and Debbie Stabenow (D-MI) among sponsors. But these supporters may well get behind the comprehensive Sanders bill, as it picks up additional support among Senate Democrats and the public. 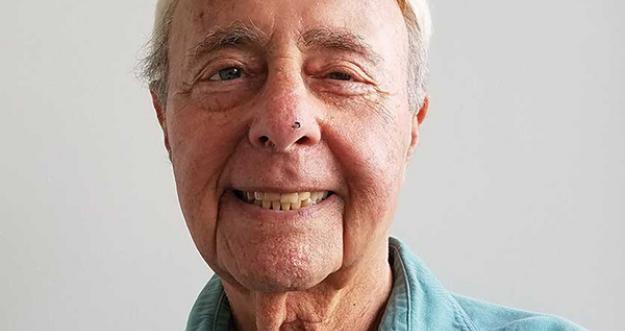 Max W. Fine is the last surviving author of the Medicare law of 1965. He sent this comment to New York Nurse on September 21.

(1) To prevent all Americans, not only seniors, from being destroyed financially by sickness and injury;

(2) To fix an inefficient, ineffective, semi-functional health care system that leaves Americans with higher rates of infant mortality and lower life expectancies than men and women in other industrialized nations, all of whom have national health systems.

(3) To control runaway costs that now consume 18% of our gross national products—a far higher percentage of GNP than spent by other countries with smaller GNPs.”