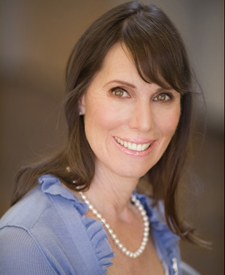 Furillo became a registered nurse in 1985 and has worked as an Emergency Room nurse, an organizer, the Executive Vice President of the RN Division of 1199, and the national bargaining director of National Nurses United (NNU), the largest union of registered nurses in the U.S., among other roles.

As government relations director of the California Nurses Association, Furillo led the lobbying effort that successfully shepherded the country's first safe nurse-to-patient ratios through the California legislature. Building on this groundbreaking legislation, Furillo worked on behalf of thousands of nurses as a chief negotiator and strategist at NNU to win comprehensive safe staffing standards in collective bargaining agreements in states from Nevada to Florida.

Furillo joined NYSNA as executive director in 2012 in order to work with the newly elected Board of Directors and rank and file activists to help transform NYSNA into a progressive voice and union for registered nurses throughout New York. Under this new leadership, NYSNA launched a campaign to keep hospitals open, winning a moratorium on all hospital closures in the state until such time as an accurate and complete assessment of the health needs of distressed communities is carried out.

The contract of New York City’s public nurses—now settled and ratified—is the consequence of many people working together towards a...

Nursing has no boundaries

One of the biggest drug busts in history may finally be done. Two dozen pushers up against local, state and...

NYSNA’s policies constitute a public health platform. As nurses, we see that proposals and laws have a fundamental connection to...

Meeting the future of nursing

Nursing has been a leader in job growth in New York State—both RNs and NPs are in demand. Between 2014...

Make no mistake: New York and other states became targets of the federal government when they expanded Medicaid for those...

It’s about the communities

The bargaining in Buffalo, Albany, the Hudson Valley and throughout New York City—both in the public and privates, in all...

New York is a union state

On June 27, the U.S. Supreme Court handed down a 5-to-4 decision in Janus v. American Federation of State, County, and Municipal Employees, Council 31 that profoundly affects the future of workers’ rights, democratic decision-making in the workplace, and the preservation of good jobs in public employment.

The coming elections represent an unprecedented opportunity for our members to bring their values and expertise to Albany. Two exceptional...

The lesson of bad grades and understaffing

It came as little surprise to us, but yet with great concern, that grades for acute hospitals in New York...