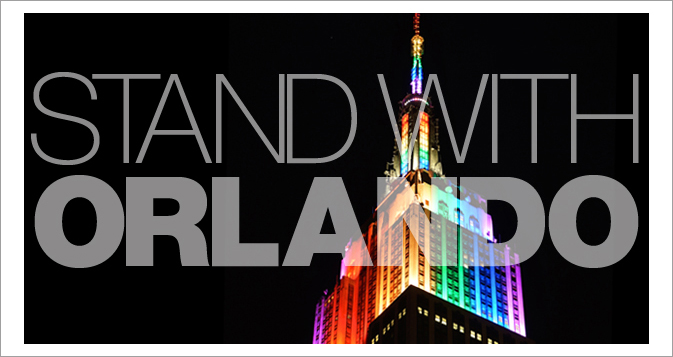 Nurses, along with the rest of the country, are still reeling from the tragic mass shooting in Orlando. Our hearts go out to the victims, survivors, friends and family of the mass shooting in Orlando — the worst mass shooting slaughter in American history, an act of hatred, intolerance and terror. This violent act is especially disgraceful during Pride Month, and at a time in our nation's history when the LGBTQ community is winning greater equity. It serves as a harsh reminder that despite the progress the LGBTQ community has made, there remains a vicious backlash — from attempts to restrict the legal rights of LGBTQ people, to murder.

Nurses stand in solidarity with LGBTQ people everywhere — and against fear, hatred and oppression. We must remember that we are all connected as human beings — and an attack against one is an attack against all. Latino and Black victims of this vicious attack have long endured discrimination due to race as well as their sexuality and gender expression. Our hearts go out to these victims and their families.

Nurses as caregivers give love and compassion every day to our patients to promote the healing process. We come together at this tragic time to share the message of love and solidarity to promote healing of the greater community that stands against hate and violence.

Tonight, NYSNA members and staff in NYC will join with elected officials, the LGBTQ community and allies at a Candlelight Vigil at the Stonewall Inn to honor the ‪#‎Orlando‬ shooting victims. Tomorrow, there will be a Vigil in Brooklyn, and there are many more vigils planned across the state. To find an event happening near you, visit www.weareorlando.org. The site offers several ways to help victims' families, no matter where you live.

The tragic events in Orlando are a reminder that #Pride is more than just a party — it also stands for perserverence in the face of prejudice. Be #NYSNAProud and join us on June 26 at the NYC Pride Parade, where we will mourn for the dead and stand for love against hate.