It is with great sadness that we announce the sudden passing of a long-time member of the NYSNA family – Michael Chacon, MSN, RN. Mike was a union representative, an activist, and a nurse. He came to NYSNA in 1997 after working as a nurse at Wyckoff Heights Medical Center. Mike touched all of us at NYSNA — through his dedication to our work, his humor and his giving nature. He was as fierce in his generosity as he was in a righteous fight. We will all miss him more than words can express.

The Scout troop in Michael’s hometown has established a scholarship fund in his name. Mike was a great believer in scouting. He loved his time spent as a leader and a Dad with “The Troop” and would be proud to have this scholarship created. He appreciated that scouting teaches life skills, self-confidence, ethics, leadership, and citizenship skills that will one day positively influence adult lives. These were the character traits that Michael lived by. And now that he is no longer able to give in life, it would fill him with great pride to see that he is able to continue to give in spirit. Donations can be made to the troop Venmo account: @Troop-OneTwoFive-2 or via check with the memo “Chacon Fund” and mailed to troop treasurer Jack Saffer at 21 Ramsey Rd., Commack, NY 11725. 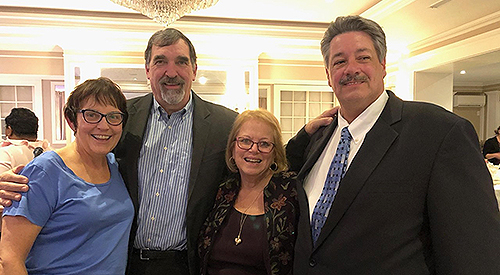 “I was being honored by Nurses House with their Dolphin Award. Michael told me that he would come all the way from Long Island to where the ceremony was taking place in Westchester County, and bring people from the Island. I was so deeply touched.” — Ilene Sussman, former NYSNA staff member (pictured above, from left to right, NYSNA colleagues Mary Louise Cahill, Tom Darby, Ilene and Mike Chacon)

"I am proud to say I knew Mike Chacon for 25 years. He will be irreplaceable. His devotion to fellow nurses/healthcare professionals and their patients was an inspiration to us all. He was a fighter, a teacher, a role model, a negotiator, and a friend. Whether visiting members on the hospital floor, leading RN workshops, speaking at informational pickets or on a strike line, his leadership and determination carried the day as the ranks of NYSNA nurses steadily grew. He tackled the pandemic with that same knowledge and grit. He believed in doing the right thing, He never gave up until justice was won. We will remember Mike’s booming voice and sincere smile, his compassion for patients and comradery with fellow RNs — all combined in one very special human being to give us strength in the fight for healthcare as a human right." — Nancy Kaleda, NYSNA executive deputy director

“I’m deeply saddened to hear of the sudden loss of Michael Chacon RN. I will always remember his strong presence, support, knowledge, and encouragement. His humor was contagious, and I will never forget his willingness to fight for the values of RNs within NYSNA. If it wasn't for his encouragement, I would have never become involved in the responsibilities of becoming a union member. I learned a lot from my experiences and felt reassured when the presence of Micheal Chacon, RN was “in the building.” God Bless Mr. Chacon and his family, and may he rest in peace.”  — Dina Nicklas, RN, St. Catherine of Siena Hospital

“Michael Chacon made a difference in so many ways. He was always willing to listen and would do whatever he could to help. Michael was a staunch advocate for nurses. He was especially skillful in advocating for nurses with substance use disorders. The world is a poorer place without him.” — Maureen Farrell MSN, RN, SPAN Regional Coordinator

“It was really sad to hear of the passing away of Michael Chacon. I had directly interacted with him only once, about a payroll issue I had at Maimonides, and he took great interest in following up and supported me until the issue was resolved in my favor. He was very approachable and pro-union member, an important prerequisite for a representative. My condolences to his family and friends. Rest in Power, Michael.” — Nilu Mathen, RN, Maimonides Medical Center 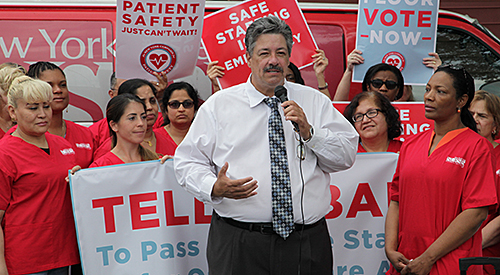 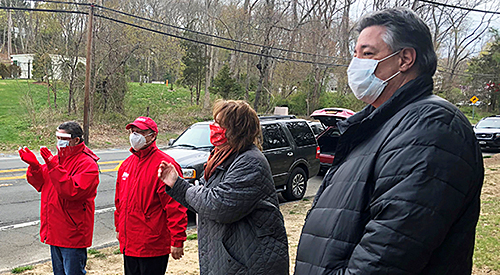 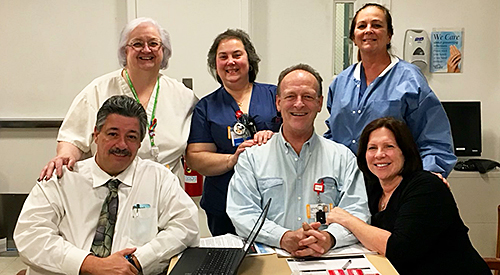