The American Legislative Exchange Council, ALEC, which drafts, distributes, and promotes legislation at the state level across the U.S., has released details of its draconian blueprint for America in the form of a 2014 agenda. Consumers, workers, environmentalists, school children: beware.

On the list: Opposition to Consumers’ Right to Know Origin of Our Food, specifically resisting what it calls “additional regulations and requirements for our meat producers and processors”; “Punitive Damages Standards Act,” which undercuts the rights of injured Americans to hold corporations accountable; legislation that promotes for-profit school companies; an array of laws that would strip environmental protections, pushing natural gas, hydraulic fracturing, and pipelines; and the undermining of workers’ rights, in the form of “Public Employee Choice Act.” This Act effectively constitutes “right to work” for public employees, defeating collective bargaining, which is absolutely essential to blunting the nation’s juggernaut of economic inequality.

At its peak, in 2011, ALEC counted 2,200 state legislators on its membership books, plus corporate sponsors Walmart, McDonald’s, and Coca-Cola. But its staunch backing of gun rights in the form of Florida’s “stand your ground” law cost members in the aftermath of the Trayvon Martin shooting in February 2012. Backing voter suppression legislation also led to some shedding of members stuck on that old-fashioned concept. Lost members translated into lost dues and a funding crisis now looms.

Still, ALEC is formidable. A core group of state lawmakers – 1,810 – remain on its membership roster. This number amounts to almost a quarter of all elected representatives at the state level across the nation! And stalwarts like the energy baron Koch brothers, the Searle Foundation (set up by makers of NutraSweet), and corporate giants AT&T, Exxon Mobil, Pfizer, and tobacco multinational giant Altria fill out the ranks.

Now, ALEC has set up a separate sister organization called the Jeffersonian Project, a proactive effort to thwart any successful investigation of its tax-exempt status. The new organization is seeking 501(c)(4) status, that of a “social welfare organization” that can more freely unloosen its lobbying. ALEC itself holds a charitable designation with some limitations. “Any activity that could be done by ALEC may be done by the Jeffersonian Project if legal counsel advises it would provide greater legal protection or lessen ethics concerns,” says a note to the ALEC board, as reported by The Guardian newspaper in December.

Ethics can be thorny.

According to a report in the January 13, 2014 issue of Fortune, Koch enterprises constitute “a highly disciplined organization that plans to play a critical and growing role in delivering electricity, food, technology, and, one day, maybe even tap water.” With investments in high-speed communications, fertilizer and other agribusiness, steel for infrastructure in electricity delivery and specialized grids, transportation, including railroads and water systems, and the fourth-largest commodities trading operation, their reach is formidable.

The Koch brothers, whose combined wealth is estimated at $72 billion, allocated $122 million to ALEC in 2012, with tens of millions contributed to its ideological cousins.

Last, but not least, David Koch sits on NewYork-Presbyterian’s Board of Trustees. His multimillion dollar gift to the hospital will get him his name on a new – non-union – pavilion on Manhattan’s Upper East Side. We’ll be right there to remind Koch and his cronies in ALEC that quality patient care comes first. 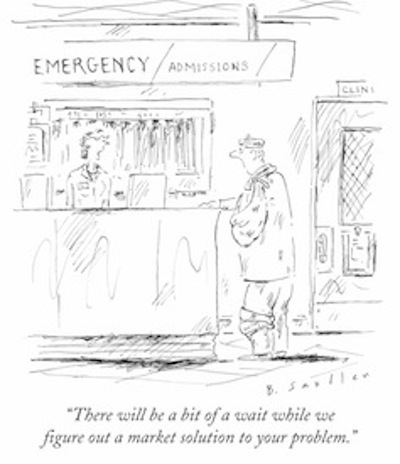