More than a thousand strong, NYSNA members from across the state gathered in Albany on April 21 to meet, exchange ideas and speak with elected representatives to urge support of NYSNA’s legislative priorities, including paramount issues for us and the communities we serve: the Safe Staffing for Quality Care Act and the New York Health Act. These measures are critical to safe patient care, the protection of our professional standards and to the creation of a system of universal healthcare access. Both proposals serve to end healthcare disparities, a fundamental goal to which our union remains steadfastly committed. 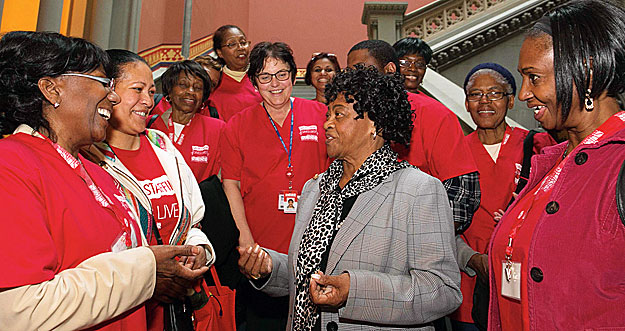 In the plenary session prior to individual office visits, President Sheridan-Gonzalez declared: “It’s time for a single payer system that cares for all patients without the interference of predatory insurance companies and profit-driven enterprises that skim off the top.” She pressed for passage of “the kind of single payer rational system that exists in every industrialized nation of the world — except ours.”

As members prepared to meet with individual legislators on safe staffing and other issues, nurses were well prepared to impart a strong message. They spoke from the heart, informed by the daily experience of the care they give. Reports came back that legislators listened to and acknowledged the critical need for safe staffing and a system of care founded upon evidence-based nurse-to-patient staffing ratios. 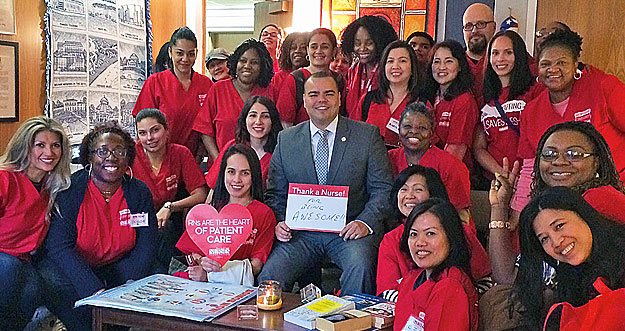