One of the keys to success in the Albany Medical Center (AMC) campaign was the innovative use of digital media that enabled nurses to effectively expand the audience getting their message.

First, it was necessary to create an inoculation video to prepare nurses for the anti-union campaign that management was preparing to run. There were many veteran nurses who had been involved in previously unsuccessful efforts to organize and their insights were keen.

The video that initiated the campaign featured several nurses reflecting on how best to respond to the anti-union messaging. This first video was extremely successful, receiving over 17,000 views, including over half of Albany Med nurses. The reason this video resonated so well was that well-known nurse leaders were featured and their testimonials were clear and compelling. Their messages helped to ease the anxiety among RNs as management began to exert pressure on them.

Next, we expanded the audience that the nurses had built by posting short videos on a near-daily basis. Most were short 30 second videos featuring a nurse who regretted voting “no” in a previous election to the ubiquitous theme in all social media: cat videos!

The measured quality of the content was very persuasive, we found. Also important were the videos featuring nurses from other NYSNA hospitals, such as Putnam and Bellevue. These provided critical nurse-to-nurse communication on the realities of being a nurse at a unionized hospital.

A series of videos followed

It was also important to have the communication materials in the digital realm mirror what nurses were using in the hospital. The same day, for example, that we distributed a booklet with 1,000 signatures and pictures of hundreds of nurses in support, we created a video slideshow of this material. It was shared digitally, receiving thousands of views.

By continuing to create relevant, new content, a real appetite was created for the next video or meme, culminating in our “We’re Voting Yes” video, featuring over 100 nurses telling colleagues with short messages that they were voting “yes.” The sincerity of these messages was compelling and this simple video went viral, receiving over 41,000 views, among th nurses, friends, the community and beyond. It became the most-watched NYSNA video ever. This momentum helped carry NYSNA into election day with the confidence to win a landslide victory.

Digital interest in NYSNA and the Albany Med nurses was only just beginning. The Facebook post announcing the victory was viewed by over 170,000 people across the country and subsequent videos of these nurses are shared throughout the U.S., proving that NYSNA nurses are ready for the 21st-century outreach. 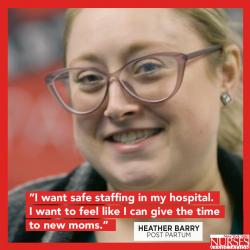 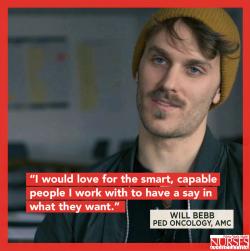 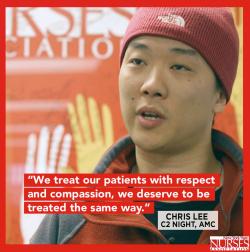 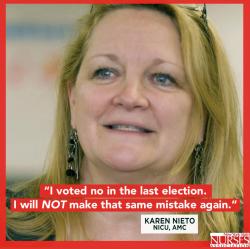