There is today a profound attack on public health, as access to comprehensive services for women’s health, including safe abortion care, contraception and cancer screening, are threatened. As nurses, in a profession predominantly comprised of women, we are compelled to speak out against those forces intent on denying women the care they need and to which they are entitled.\

Across the nation, a large group within the Republican Party is waging war on women’s reproductive rights. Access to safe and legal birth control and abortion is not only a constitutional right, but also a matter of life and death. Before the 1973 Roe v. Wade ruling, 1.2 million women across America had illegal abortions each year. These procedures were often performed outside of a medical setting, in unsanitary conditions, with no access to anesthesia, and they resulted in approximately 5,000 deaths a year due to preventable complications like sepsis and hemorrhaging. Low-income women and women of color suffered the most from lack of access to safe abortions.

The burden caring for women after they underwent these unsafe procedures fell heaviest on our public hospitals. In 1962 alone, almost 1,600 women were admitted to Harlem Hospital, part of NYC H+H, after receiving incomplete or dangerous abortions, amounting to one abortion-related hospital admission for every 42 deliveries at the hospital that year.

Since the midterm elections in 2010, Republicans have controlled both the U.S. House and Senate. In the same election year, Republicans swept state gubernatorial races — 11 governor seats that had been held by Democrats flipped to Republicans — as well as many state legislative races. Republicans, boosted by hundreds of millions of dollars in contributions by super PACs like the Koch brother-funded Americans for Prosperity, have used their increased power to pass laws restricting access to women’s healthcare, including safe abortions. In 2011 alone, 92 provisions that restricted access to abortion were enacted on the state level. 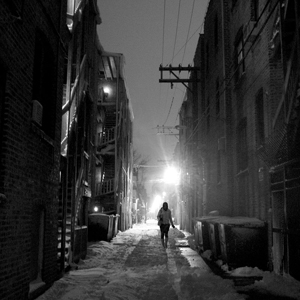 “Abortion alley” of the era that preceded the Roe v. Wade ruling.

Last month the Supreme Court heard Whole Woman’s Health v. Colemajor, its first major abortion case since 2007. The case pertains to restrictions placed on women’s health clinics by a Texas law that requires any clinic performing abortions to be staffed by physicians who have admitting privileges at a nearby hospital and for the clinics to maintain Emergency Room-like standards not required of other kinds of outpatient clinics. The American College of Obstetricians and Gynecologists as well as the American Medical Association, among other medical groups, said that the restrictions are medically unnecessary and have the effect of harming women’s health.

Partial implementation of the Texas law led to the closure of more than half of all abortion clinics in the state and experts expect that full implementation would reduce the total number of clinics to fewer than ten for a state with more than five million women of reproductive age. A decision in that case is still pending.

States are continuing to enact restrictions that put women’s lives at risk.

The state of Indiana has already applied a convoluted feticide law to sentence Purvi Patel, a woman who miscarried after allegedly attempting to obtain abortion pills unlawfully, to 20 years in prison. Not only are women’s lives at risk from lack of access to safe abortions, but Republicans want to punish women who, out of desperation, take matters into their own hands.

The best way to reduce the number of abortions performed is to ensure that women have the resources to avoid unwanted pregnancies. Yet the same groups campaigning to hamper women’s access to safe abortions also oppose access to birth control, sex education, and preventative healthcare.

Nine states have recently defunded Planned Parenthood, an organization committed to public health through a range of comprehensive services for women’s health. Despite its public health mission, Congress has repeatedly voted to defund Planned Parenthood, which would deny services it provides to millions of women — from cervical cancer screenings, to contraceptives, to tests and treatment for sexually-transmitted diseases.

In spite of these setbacks, some states are making progress in women’s healthcare. Oregon recently became the first state to expand access to birth control medication by offering it over the counter; California will now allow women to get birth control directly from a pharmacist. Here in New York, Governor Cuomo signed legislation allowing pregnant women to enroll in our state’s healthcare exchange any time of year by making pregnancy a qualifying life event. With a united effort, we can continue to move forward to protect the health and safety of women, a paramount public health issue.