As a Registered Nurse in the Emergency Room, I treated hundreds of women, men, and children who fell victim to gun violence. I cared for and comforted people whose bodies were broken by bullets — this wasn’t violence that I just read about in the newspaper, it was something I experienced in vivid crimson every day.

Nurses know that gun violence is more than fodder for partisan debate and political stump speeches; it’s an epidemic that threatens the health and wellbeing of our patients and their families.

Every day more than 89 Americans are killed by guns. The latest Centers for Disease Control and Prevention Fatal Injury Reports show that guns were responsible for 164,821 civilian U.S. deaths from 2010 to 2014 — 33,315 of these were under the age of 25.

Women and children are especially vulnerable. Women who are victims of domestic violence are five times more likely to be killed by their abuser if the abuser owns a gun. And, shockingly, according to the most recently available data, one child is killed or injured by a gun in America every 30 minutes.

These are some of the statistics that have led the Centers for Disease Control to classify gun violence as an epidemic and the American Public Health Association to rightly declare it a public health crisis. 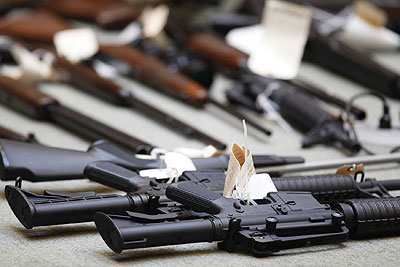 Watching President Obama shed tears as he announced his executive orders aimed to curb this growing crisis, I thought of my former patients, of the six-year-old children massacred at Sandy Hook Elementary School, of the African American churchgoers murdered in Charleston, of the public healthcare workers shot down this December in San Bernardino, and of so many others.

President Obama’s orders aim to make it harder for guns to end up in the wrong hands by strengthening background check requirements. And, critically, he also vows to increase funding for mental health services so that those in need receive treatment, preventing acts of lashing out.

As our psychiatric nurse colleagues have witnessed, too many mental health facilities have closed over the past decade, and mental healthcare services rarely receive the funding necessary to ensure that all patients have access to the care they need when they need it.

I applaud President Obama for taking these important and necessary steps, but there is so much more to be done.

As healthcare professionals, we know that the most effective treatments are developed through scientific research. Yet our government institutions are blocked from conducting any research that could help us narrow down risk factors for gun violence and determine which evidence-based approaches would work best to stop this epidemic.

Why? Because the National Rifle Association has lobbied and bullied politicians into crushing any research on gun violence as a public health epidemic. Since 1996, the Centers for Disease Control and the National Institutes of Health have been effectively blocked by Congress from conducting gun-related research.

In the immediate aftermath of the massacre in Charleston, the U.S. House of Representatives Appropriations Committee quietly rejected an amendment that would have allowed the Centers for Disease Control to study the underlying causes of gun violence. The NRA got its way again, using anti-science political jockeying to put the health of our entire nation at risk.

We need full-scale, funded research to solve the escalating crisis of gun violence. Like other epidemics that we have faced, including polio and auto safety, gun violence is not insurmountable. Imagine how many millions of people around the world would still be impacted by polio if our scientists weren’t allowed to conduct the research necessary to discover a vaccine. Likewise, in just one decade, the U.S. reduced vehicular deaths by 25 percent by applying research that called for increased car safety features and improving our nation’s roads and highways.

NYSNA nurses are united to stop politics from getting in the way of protecting our patients. We will do whatever it takes to end the epidemic of gun violence and keep our patients safe.