The “Global North” burns the vast majority of our Fossil Fuels. These actions are warming up the planet at an alarming rate. As CO2 and methane are trapped in the atmosphere, our Arctic Ice Shelf melts and glaciers break off, causing sea levels to rise and moisture to permeate the air. Chain reactions result in super-storms and intensify all forms of disasters. Only now we have to admit these are different disasters, not “natural” because they are caused by mankind’s abuse of nature’s gifts. And these ill effects are felt largely by the poorer “Global South.”

Corporate greed is felt by all of us. Cutting health benefits, attacking pensions, increasing workloads and workplace harassment affect us directly — and we react. Destroying — in fact defiling the planet so that super-profits can be generated to a tiny minority that already has more wealth than we can imagine — this is the heinous crime that occurs before our eyes.

While the South gets the brunt of the ill effects of emissions, these tragedies are finding their way up north as well. Super-Storm Sandy, Hurricane Irene, massive coastal blizzards, have impacted New York state in the past several years. Scientists around the world agree that intervention is critical, that we have to act now. We can no longer ignore these clear signs that something is terribly wrong.

Yet, nurses and health care workers are amazing! So many of us feel compelled to intervene on a grass roots level. Thousands of our members have risen to the occasion to give time, money and boots-on-the-ground efforts to provide disaster relief to communities in need. In spite of the challenges encountered when venturing into unknown hard hit areas, NYSNA members jump in as we feel the pull of the suffering of people, knowing that we can make a difference, however small.

Those who cannot go on missions routinely offer moral and logistical support to those who do. We become a community of caregivers! This provides us with a rare moment in our prescribed lives, which are dominated by the coldness of computers and the idiocy of reimbursement-driven protocols. When nurses engage in disaster relief we are able to be real nurses: semi-autonomous in our practice and fully engaged in our holistic calling.

As front line caregivers in our facilities, we are the voices that understand and demand safe staffing. We are the witnesses of the failures of our profit-driven health care system who can, with confidence, demand universal, affordable access to quality care for all. When we minister to the victims of the global catastrophes proliferating our continents, we can see that this is not business as usual, and so can demand that something be done to stem the tide of planetary destruction.

Climate Change affects us all. Doing something about it can unite all of us as well. This is a humanitarian crisis, and one that can only be solved by all of humanity. Caregivers are the microcosm of the human spirit. We need to exert our influence here as well — before it’s too late. It is the legacy that we leave to our children and their children…

–A Tale of Two Cities by Charles Dickens 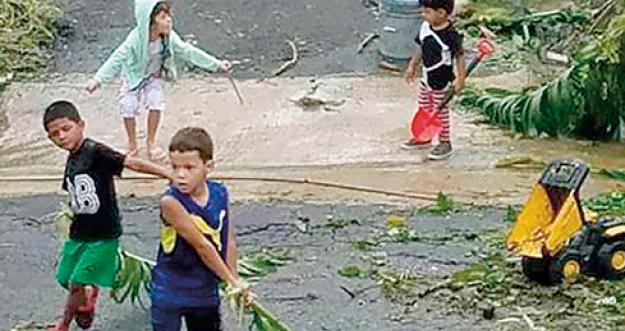