It is with great sadness that I post this. Our longtime NYSNA colleague, activist, and nurse Joan Rowley passed away earlier today due to COVID-19. Joanie had been battling COVID-19 in the hospital for many, many weeks. 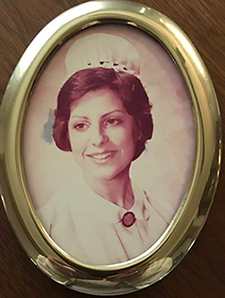 Joanie started as a nurse at the Kings County Diploma Nursing Program in the 1970s. Upon completion, she began her career at her beloved neighborhood hospital: Long Island College Hospital (LICH). As an ICU nurse, she led that unit for years while becoming a mother and Master’s Degree holder. She became a member of NYSNA on February 2, 1976. She passed today as a Retiree member that was active in our Union for 45 years. 45 years of Union solidarity, devotion to nurses in New York, and a commitment to patient care - we will never forget Joanie and her lasting impact on our Union movement.

After decades of LBU leadership on her NYSNA Executive Committee at LICH, Joanie rocketed to statewide NYSNA leadership (and fame!) as a founding member of the SaveLICH Coalition. Starting in 2012, Joanie and her colleagues fought a multi-year battle against SUNY to keep LICH open for care. This campaign, along with Interfaith, became a hallmark of the new NYSNA as a fighting Union. Joanie and her colleagues kept the doors open for 2.5 years by occupying their hospital and forging deep alliances between the Union and the community. Joanie and her colleagues sued the State of New York and SUNY, packed courtrooms, held daily press conferences with dozens of NY outlets, helped get a Mayor elected, and led a landmark mobilization of thousands of workers and allies with Interfaith nurses- The famous funeral march across the Brooklyn Bridge for healthcare.

Joanie was at LICH the final day, as the last shift of nurses walked out of that hospital. Because that’s who she was. She was willing to start the fight for what was right, she would never leave anyone behind, and she would see that fight through to the end. For those of you who know Joanie, she put her soul into that campaign and lived at that hospital those final days. Sadly LICH is becoming condos, but the legacy of LICH is that closures are now a rarer thing in NY. This is because of Joanie and her union sisters planted their flag and said ENOUGH. Joanie’s longtime friend and NYSNA colleague Julie Semente visited Joanie yesterday at SIUH. Julie told her about the recent NYSNA win on the LICH pension lawsuit, and Julie swore she saw Joanie’s eyes flutter as she told her the good news- two Union sisters savoring one last win together!

After Joanie retired as a nurse to Staten Island, NYSNA successfully convinced her to join staff as a Per Diem Nurse Organizer to help with the RUMC contract campaign. That was two cycles ago in 2015, and she remained on staff ever since. She will also be remembered as a steady, knowledgeable, and inspiring presence to the RUMC members.

Another major part of Joanie’s life was her activism in the National Alliance on Mental Illness (NAMI). She was an active organizer and advocate in the Staten Island Chapter, and spent most of her post-ICU nursing career focusing on mental health issues in New York. Her leadership will be sorely missed in those spaces as well.

I hope many of you got to meet Joanie at some point. If you did, I know you’d remember her. The higher powers packed a lot of punch into her 5-foot frame. We will be talking with the family over the weekend to hear their plans and wishes. Stay tuned for any services the family feels are appropriate to share. We will also be planning a NYSNA memorial for staff and members in the coming days.

I ask you to take a moment this weekend to celebrate Joanie, say her name as her spirit passes on, and reflect on her wonderful impact on this Union.

We love you Joanie. 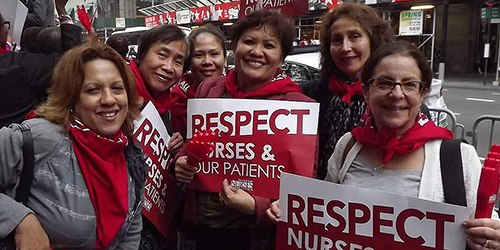 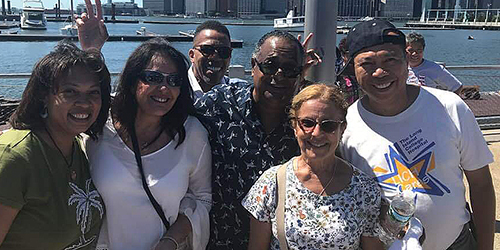 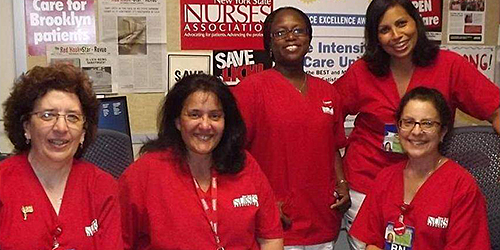 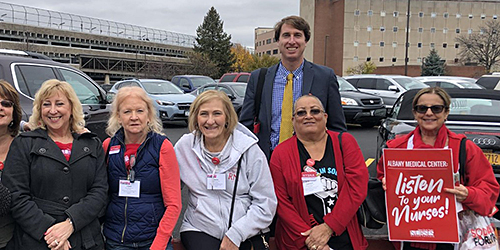 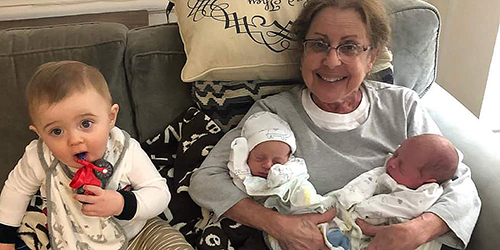 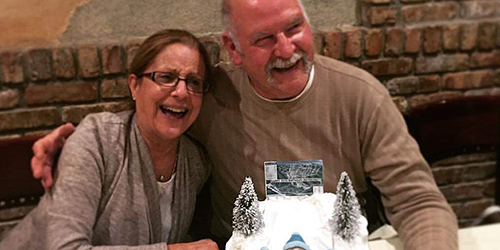